1. The console war has been replaced by the peripheral war
Nintendo revealed the new Vitality Sensor, which makes unprecedented
and unparalleled leaps forward in videogame pulse-reading technology.
Nintendo claims that (beyond all the obvious uses for reading a pulse)
it will have the ability to detect nervousness and how focused you are
while playing a game.

Above: Nintendo cleverly corners the videogame pulse-reading market with the Wii Vitality Sensor

Above: Two guys show you how to have fun with their special wand


2. New Super Mario Bros Wii adds evil co-op
We were prepared for the worst when Nintendos press conference began
with a demonstration for New Super Mario Bros Wii. The stage shown in
the demonstration featured what appeared to be nothing more than a
slightly redesigned version of the first level in the original New
Super Mario Bros - only with four people and a new propeller suit. Um,
okay? Oh and you can carry/knock other players around and collect
points together. Great? So wait, will this be just a modified port of a
DS game for four people?

Above: More of the same? We say nay

Actually, not at all. These are definitely new levels (meaning:
different from the DS version) with new power-ups like the Penguin suit
(freeze enemies). Oh and you can play the game single-player or up to
four-players with drop in/out mechanics. Multiplayer also promises some
competitive aspects. What we mean is that youll need to work together
to progress through levels and you gain points towards one collective
score, but you can also keep people from going through pipes or you can
just knock them off ledges to make sure youve got the top score at the
end of the round. Sounds fun and a little evil. We dont know about the
other Care Bear casual gamers out there, but we plan on tossing our
friends into flying turtle shells, stealing all the power-ups and
charging ahead to get everyones coins.

The trailer for FFXIV was full of the flashy combat and sleek renders
FF is known for, but it lacked any indication of what the game will be
like to play. The biggest clue came at the end of the video, when the
word online appeared under the games title.

4. Nintendo throws a bone to hardcore gamers with Super Mario Galaxy 2 and Metroid: Another M
Nintendos presser continued to hammer home the point that gaming isnt
just for hardcore gamers anymore. But President and COO of Nintendo of
America, Reggie Fils-Aime took the stage to calm our growing worries
that Nintendo stopped giving a crap about the people who love, yaknow,
real games. After a brief intro, he almost seemed to say, Here ya go.
Have Super Mario Galaxy 2. Now leave me alone.

And to be fair, Galaxy 2 looked pretty damn good. During the
demonstration, we saw Mario defying gravity as he flew past asteroids
and strode along the underbellies of planetoids. One huge thing was
different, though. Thats right, Yoshi will appear in Galaxy 2, and
hes packing a whole lot of tongue. Now you can ride the huggable
dinosaur while in space. Looks like Yoshi can use his tongue to whip
around platforms and even balloon out to float. It also appears Marios
got a new top power-up that enables him to drill through surfaces.

Above: Mario grabs Yoshi by the back of the head and rides him hard. Now thats what we call hardcore

The conference closed on a high note, with a presentation by Team
Ninja, who showed off a little bit of Metroid: Another M. The trailer
mixed impressive cinematics with hot gameplay and appears to be delving
more into Samuss past. Gameplay footage included third-person action
with Samus shooting charge shots, bicycle-kicking a baddie, throwing an
enemy to the ground, platforming, first-person shooting, and finishing
moves, making Metroid: Another M, the most hardcore Wii game Nintendo
on show this year. The bad news: Youll have to wait until 2010.

Above: Metroid: Another M

5. Sony plays down the PSP Go leak, but it still looks kinda lame
Days before Sonys E3 press conference, leaked footage from the June
2009 video of Qore made its way around the internet pre-empting Sonys
official reveal of the new PSP Go. But Sonys Kaz Hirai played it cool,
jokingly referring to the new device as the worst kept secret of E3.
Heres everything you need to know:

Above: Kaz Hirai called the PSP Go an object of desire for users of digital content

The sexy system specs for your object of desire:
- 3.8 inch screen
- 43% lighter than the PSP-3000 (so you dont have to worry about the
rippling biceps you built up from carrying your old PSP around)
- 16GB of Internal Flash Memory
- Built-in wi-fi
- Bluetooth support
- No UMD drive
- Memory Stick Micro slot (aka the M2 slot)
- Download/play music (because iTunes and your iPod are worthless)
- New Sense Me application will create playlists for you based on your mood (because youre too dumb to make your own)
- Download/play movies (because lets face it, your TV sucks)
- On sale in North America and Europe October 1, costing a WHOPPING $249/ £249 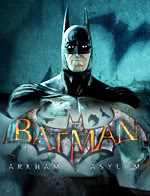 6. Prediction: Rockstars Agent will sell a quintillion copies due to awesome logo
Sonys Jack Trenton announced a new PlayStation 3 exclusive from
Rockstar North, the developers of Grand Theft Auto IV. It will be set
in the 1970s and its called Agent. Other than that, all weve seen of
the game is a logo. But what a mighty fine logo it is.

Above: Look at this logo. Wow. Just. Wow!

Lets just take a moment to admire the delicate curves on the font,
which are softly rounded, yet masculine. The kerning does its job and
does it well, preventing individual letters in the title from ramming
haphazardly against each other. The decision to go with the
black-and-white color scheme is classic, yet daring. And do you see how
they worked that pistol into the letter G? Clever stuff.


7. ModNation Racers will be EXTREMELY fun for everyone before it gets boring
Like Spore and LittleBigPlanet, ModNation Racers for PS3 is pushing the
make-your-own-game angle hard. Youll be able to design your own custom
racers, cars, and tracks. During the demo, we saw a player create his
own tracks by simply driving through an open field, twisting and
turning when it felt right. Later, areas of the track were changed to
dirt roads and the sidelines were quickly peppered with an assortment
of trees, houses, and sheep. In just a few minutes, we saw how a fresh
racer, vehicle, and track could be created on the fly.

The actual racing looks like typical Mario Kart-esque fun with crisp
cartoony graphics, colorful weapons, and power sliding. ModNation
Racers looks like it will be extremely fun. But were worried that
after the novelty of creating your own tracks and cars wears off - and
you realize that it takes a lot of time to actually make something cool
- it will be quickly forgotten. After all, we loved both
LittleBigPlanet and Spore, but whens the last time you sunk some time
into whatever grand project you were working on for either of those two
games?

8. The true sequel to the Metal Gear franchise is not coming to Xbox 360
Hideo Kojima said Metal Gear Solid: Peace Walker would be a true
sequel during Sonys press conference. It makes you wonder what he
thinks about Metal Gear Solid: Rising, which was announced yesterday
during the Microsoft conference. He then rubbed salt in the wound by
showing a trailer proving that Peace Walker is, in fact, a bona fide
MGS game by giving a few hints at the plot: Its set ten years after
MGS 3, was written and produced by Kojima and chronicles the rise of
Outer Heaven in Costa Rica. Other than that, four Solid Snakes were on
the screen at once - we dont know why.

9. Leonardo da Vinci will help you kill prominent Italians in Assassins Creed II
New gameplay footage of Assassins Creed II was shown today, and it
highlighted the new setting based on the Italian Renaissance and the
new assassins larger combat repertoire, which includes smoke bombs and
the ability to steal weapons from opponents. Leonardos flying machine
also made an appearance, and we learned that the famous scientist will
be in the game, creating inventions youll use in your various quests
to kill notable people.


10. Sony opens and closes press conference spectacularly with Uncharted 2 and God of War III
Well, kinda. In fact, Sony opened like usual  with boring stats and
mind-numbing info on how well the PS2 is succeeding in the marketplace
despite current-gen systems. That aside, Sony America CEO and President
Jack Tretton quickly segued into the system people watching the
conference actually cared about  the PS3  and developer Naughty Dogs
latest action-adventure, Uncharted 2: Among Thieves. Footage started
with series hero Nathan Drake atop a bombed-out posh poolside rooftop.
Soon, hes scaling the roof wall, ascending higher while we take in a
vast cityscape enclosed by a gorgeous mountain range. Uncharted 2 is
huge and its beautiful. He and his female cohort slide down a rope to
an adjacent crumbling building and start shimming andWHAT THE HELL IS
THAT? AN APACHE HELICOPTER?

Drake dodges bullets from a gunship, leaps across breaking
platforms, leaps 20 feet to another building, kills some bad guys
(while still dodging heli bullets), narrowly misses an explosion that
takes out an entire section of the wall, takes cover behind tables,
kills more bad guys and rides a crumbling building down and leaps
through the windows of a building thats still standing. In game,
real-time. He gets up, dusts himself off. Hahaha. We were we were
almost in that! End of demo. Excellent. And thats the first gameplay
Sony showed the world at E3 2009. Yes, we already know Uncharted 2 hits
shelves this holiday, but holy hell was that gameplay exciting. Did we
mention the multiplayer beta begins tonight at midnight?

Above: Drake fights illiteracy in what appears to be a library in Uncharted 2: Among Thieves

And after two hours worth of innovations, trailers and more
stat-talk, Sony closes the show with another big franchise title, God
of War III. Shown were the opening gameplay moments. Kratos dives into
the action, slamming enemies into each other, shooting arrows, and
running past a slew of monsters attacking NPCs. He runs into a mine
where he needs to ascend higher up. Luckily, a handy winged creature is
nearby. But Kratos doesnt ride this beast. Oh, no. He swings his
blades into the creature and to make it go higher, he continually stabs
it, before ripping it to pieces as he jumps off.

Above: It doesnt matter if youre a man or a monster. Kratos will make you his bitch

Kratos makes it outside to see a titan being attacked by Helios,
whos flying around on a chariot of fire. Typical God of War chained
attacks, which are interrupted by a skirmish with a Centaur, which
Kratos punches with his new Lion-fist weapons. After some gloriously
nasty quicktime events, Kratos finishes the beast by slitting its
belly, letting all of the demons guts spill out. The next miniboss is
a Chimera-like creature with ram horns and a snake tail. The ending to
that battle is disgusting, satisfying and awesome. And you have to wait
next year to play it. Sony, when did you decide to be cool again?
_________________